Keep up to date with ambitious regeneration plans

Lowestoft residents and businesses can now find out more about ambitious regeneration plans in the town, thanks to the launch of a new website.

thinklowestoft.co.uk has been created to help the local community, businesses, investors and visitors find out more about the huge amounts of work already underway and the plans being developed to revitalise the town and help it to grow.

Think Lowestoft was developed following a placemaking programme which looked at people’s perception of Lowestoft and the priorities of its businesses, stakeholders, and the community and to tell the ‘story’ of Lowestoft by identifying its qualities.

This involved understanding what makes Lowestoft special, competitive and different to other places – and by bringing this together in a new story that every organisation and individual across the area can share and be part of.

Earlier this year, Lowestoft secured £24.9m through the Government’s Towns Fund to invest in the regeneration of the town, driving economic growth and acting as a catalyst for future investment. The basis of this bid was the Town Investment Plan, which sets out Lowestoft’s ambitions, opportunities and challenges over the next ten years, developed in partnership with the Lowestoft Place Board.

Think Lowestoft underpins all these elements, along with the work taking place in the town’s two Heritage Action Zones and the Enterprise Zones, strategically important employment sites which focus on the growing energy sector.

Cllr Craig Rivett, East Suffolk’s Deputy Leader and cabinet member for Economic Development said: “We are incredibly excited about the future of Lowestoft and the opportunities to maximise its huge potential. A vast amount of work is going on ‘behind the scenes’ by both the Council and its partners and the new website encapsulates all this activity and enables people to learn more about what the plans are for the town, and how these plans are progressing.”

Local residents, business owners and voluntary organisations are encouraged to get involved and can apply through the website to become a Lowestoft Ambassador. Ambassadors help to ‘sell’ Lowestoft and cascade the Lowestoft story within their networks.

The website also hosts the Lowestoft Virtual Creative Hub which provides creatives with a way to network, feel more connected and access information, training and funding opportunities. The hub is open to creatives based in Lowestoft or who deliver work in the town, and features a programme of training, tool kits, networking sessions and bespoke 1-2-1 support. A free cultural directory is also in development which allow organisations and creatives to promote their enterprises through Think Lowestoft. 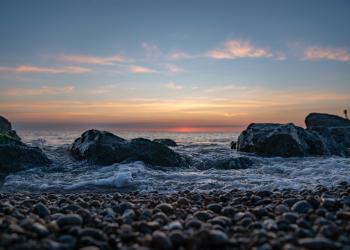