Proposed creation and expansion of Conservation Areas in Aldeburgh

Property owners and occupiers are being invited to share their views on proposals for the creation and expansion of Conservation Areas in Aldeburgh.

East Suffolk Council will be holding a public exhibition of proposals in the Old Generator Station on Wednesday 25 January, between 2pm and 7pm.

Conservation Area status is granted to help preserve or enhance the unique character of an area with special architectural or historic interest, giving the local planning authority extra controls over demolition, minor development and alteration, and the protection of trees.

“Like all local planning authorities, East Suffolk Council is required to periodically review its areas of special architectural or historic interest – the character or appearance of which it is desirable to preserve or enhance – and to designate those areas as Conservation Areas.

“Aldeburgh is one of the most important, attractive and well visited towns in the district, and already has a Conservation Area that includes mainly the High Street and beach. This review is asking if other parts of the town that are also worthy of designation as a Conservation Area, or to be added to the existing one.

“The Conservation Area has done a good job in helping to protect the special character of that part of the town since 1970. These proposals recommend that more of the residential and maritime character of the town now merits designation for its special value.”

Aldeburgh Park is being considered for designation as a new Conservation Area due to the high quality of the area, principally derived from the residential development initiated in the 1870s and continued until the 1930s.

It comprises large villas, within generous plots, in a planned layout focused on landscaping and gardens, to evoke the feeling of being in the countryside, rather than the seaside.

The residential area is predominantly leafy and suburban, having been designed with the character of rural country lanes and garden villages, in contrast with the nearby seaside town of Aldeburgh, where the streets are straight, more closely spaced, and frequently enclosed on two sides by narrow plots containing tall buildings.

Meanwhile, extensions are proposed to existing Conservation Areas at Aldeburgh Lodge Gardens, the 19th century suburb to the west of High Street, and the Slaughden to Martello Tower area extending to the south of the historic core of Aldeburgh.

Comments may be submitted until Friday 17 February and will be taken into account before Cabinet members consider the proposals later in the year. 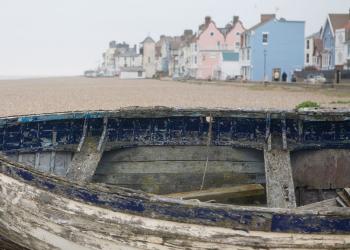