An East Suffolk resident has been fined over £200 after being found guilty of littering in Woodbridge.

At a hearing at Ipswich Magistrates' Court on Wednesday 28 April, David Turner from Ufford was charged with littering following an incident last year.

On 29 September 2020, a bag of waste was found next to a litter bin in Hasketon Road, Woodbridge by an East Suffolk Norse officer. Correspondence addressed to Mr Turner was found within the waste and when contacted, he explained he had left this rubbish there as he did not have a wheeled general waste bin at home despite requesting one from East Suffolk Council. However, checks showed Mr Turner had never requested a wheeled bin to be delivered and he was issued with an £80 Fixed Penalty Notice for the offence of littering which he failed to pay, despite reminders being sent.

Mr Turner did not attend his court hearing but pleaded guilty by post. The court found Mr Turner guilty of littering and fined him £100 for the offence, plus £105 for costs and £34 for the victim surcharge, totalling £239.

Cllr James Mallinder, East Suffolk’s cabinet member for the Environment said: “There is no excuse for littering. Household waste should be disposed of through the correct wheeled bins at home and although well intentioned, leaving waste beside a litter bin in a public place is an offence.

“Anyone seen littering can be fined £80 via a Fixed Penalty Notice and as shown in this case, failure to pay this notice can result in legal action and further costs. Please always dispose of your household waste responsibly; all households should have a wheeled bin for general waste and another for recyclables and anyone in need of either of these can order one by contacting our Customer Services team.” 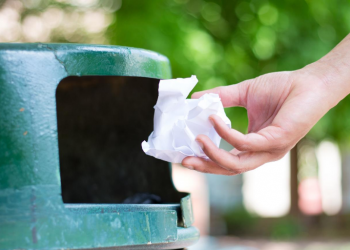